Goodbye Douglas Steen: It was a good story

In Heaven Sent, Doctor Who says, “As you come into this world, something else is also born. You begin your life, and it begins a journey towards you. It moves slowly, but it never stops. Wherever you go, whatever path you take, it will follow. Never faster, never slower. Always coming. You will run, it will walk. You will rest, it will not. One day, you will linger in the same place too long. You will sit too still or sleep too deep. And when, too late, you rise to go, you will notice a second shadow next to yours. Your life will then be over.” We lost Douglas Harold Steen on Monday, 25 November 2019. Doug was a big fan of Doctor Who—a Whovian who knew the history of every Doctor appearing in the series.

Doug was a beloved member of our family at Honeycutt Inc. More importantly, Doug was my dearest friend. “There’s a lot of things you need to get across this universe. Warp drive . . . wormhole refractors . . . You know the thing you need most of all? You need a hand to hold,” says Doctor Who in A Hand to Hold. For many, that person was Doug.

At work, Doug had a few quirks. As Doctor Who said in The Time Warrior, “A straight line may be the shortest distance between two points, but it is by no means the most interesting.” That describes Doug succinctly. For example, in a project that he could have easily completed with a single computer, Doug would stand up several so it would be more interesting.

Doug had a few of his own phrases that were worthy of Doctor Who. On phone calls, you could count on him saying, “Just so you know . . . ” at least once, often more. We teased him relentlessly about this phrase, which only emboldened him to use it more often. “Just so you know” was Doug’s polite way of saying, “Listen, you idiot, this is how it really works.”

Another was, “If the client wants to put a square peg in a round hole, that’s exactly what we’ll do.” He frequently lamented clients who he felt weren’t acting in their best interest. He would always end that with, “I’ll get out the lathe and make it fit properly.”

On a personal level, what I can tell you about Doug is that he was kind and soft spoken. He loved being outdoors. He was analytical about everything, including his illness. He could be infuriatingly stubborn when it came to doing the thing he felt was right. He was immensely proud of his children, Faith, Elizabeth, Doug, and Meghan. He was a good man. He closed the last email he sent by saying, “I hope each of you tells those you love that you love them, today. Don’t let it slip even one day. Thank you for all the love and support that you have given to me.”

In one of our last telephone conversations, Doug and I talked about a quote from The Big Bang. In it, Doctor Who says, “I’ll be a story in your head. That’s okay. We’re all stories in the end. Just make it a good one, eh? ‘Cause it was, you know.” Yes, it was.

Just so you know, Doug, we love you and will miss you terribly. 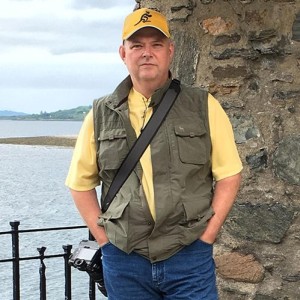 Jerry Honeycutt is a geek with creative perspective. He founded Honeycutt Inc. in 2009 to help innovative IT companies land their value propositions with the hardworking professionals who can achieve them.

Goodbye Douglas Steen: It was a good story

Do this exercise daily to ignite a creative spark

PrevDo this exercise daily to ignite a creative spark